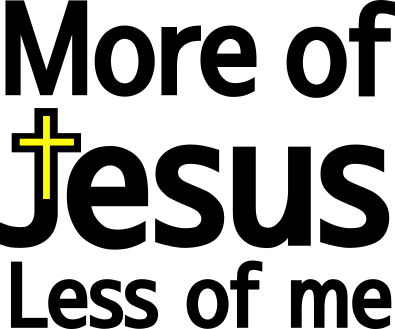 He must increase,but I must decrease- John 3:30

When there was no brain activity, we prayed for Melody, but she did not return to us. They took her off of life support. She stopped breathing, and her pulse ceased. She was gone. So I sat on her bed, alone with her body, recalling several stories I had heard from the Bible.

And I said, “God, if you tell me to lay hands on her and pray for her, I know she will come back to life.” There was no response.

I repeated, “God, if you tell me to lay hands on her and pray for her, I know she will come back to life.” All was silent.

I understood that the current situation was not going to change. So I sobbed, “Then what am I to do?”

And my heavenly Father gently and clearly spoke to me, “You will walk in humility, and I will be glorified.” I held these words in my heart, not quite understanding, but trusting the Lord of my life to bring light to my path.

And as the years passed, I studied God’s Word, and got to know Him better, seeing what I had not seen years before, understanding His will and character. Jesus said it is the thief who comes to steal kill and destroy.(John 10:10) The Lord is a giver, not a taker. It was Satan, the liar who came to destroy my child, and I had failed to fight him. I just put my sword down and let it happen. I was an ignorant child, but now I know that Jesus came to destroy the works of the devil.(1 John 3:8) And by His stripes we are healed.(1 Peter 2:24) And back then, I did not know that he gave believers power and authority.(Mark 6:17-18) I had no idea that he has already commanded me, His disciple to follow him, and do what He did.(Matthew 10:7-8)

Years ago, I surrendered my daughter to an enemy who had no right to be in control. He took Melody from this world, but the Lord received her because she was His. And twelve years later, I know that because I am His, I will walk as Jesus walked, doing what He did, acknowledging His Spirit in me,(Romans 8:11) being His light, love, and truth in this world. In the name of Jesus, I will preach the good news, cast out demons, heal the sick, and raise the dead, and God will be glorified.

Now that I Know, let me know if there is anything I can do for you.