He must increase,but I must decrease- John 3:30 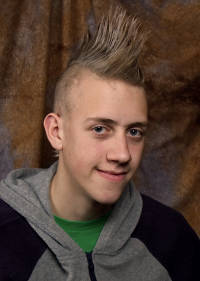 Daniel was just 17 months younger than Melody. So they grew up close, playing Barbies, Power Kids, all sorts of games, and making movies together. They were the best of friends for most of their lives. They even went on a mission trip to Peru together. Only in their later years did that relationship begin to fade. As Melody chose to pursue God with all of her strength, Daniel strayed to the pursuit of pleasure and self ambitions. Melody sought to restore him and inspire him any way she could, but sadly watched the fire dwindle. Daniel moved away from home.

When Melody got sick, Daniel joined us at the hospital. He took his turn in the late night hours staying by her bedside, praying, singing, and once again talking to her for hours. Although this time she didn’t talk back, I’m sure he remembered her many years of sisterly counsel.

When Melody left us, Daniel was also wounded deeply. Upon arriving home, he yelled and screamed like a wild man. And then the frustration dissipated to sorrow. For a while, he sang, “Oh, where, oh, where is my Melody? the Lord took her away from me.” But when he phoned me (his Mom), he confessed,”I think it was for me.”

And Daniel’s life took a sharp turn to the right. He honestly considered God’s plan for his life instead of his own. He attended the Overland Missions Conference that winter and was inspired to join them on a trip the next summer. And I’m sure Satan trembled when Daniel boldly proclaimed, “I think the Lord is leading me to go to Mozambique.”